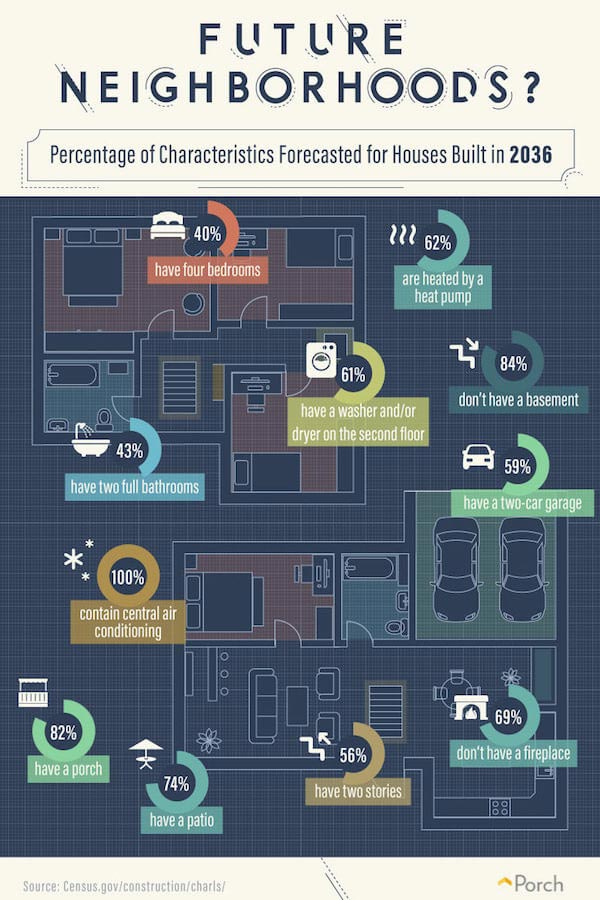 The number of rooms in a home is growing. Homes with two bedrooms or fewer are on the decline, while homes with five bedrooms are rising in popularity. While only 4.8 percent of homes had five or more bedrooms in 1999, that number has more than doubled to 10.8 percent today. Three- and four-bedroom homes prevail. Over 75 percent of homes have three or four bedrooms, and Porch predicts that number will remain consistent into 2036. 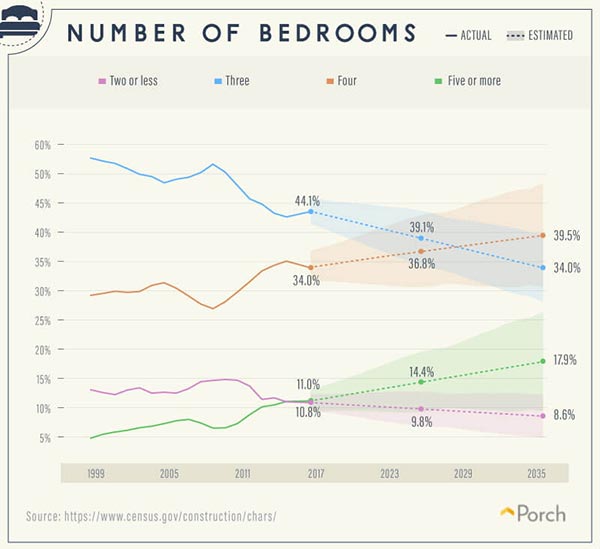 Size of single-family homes and lots

In fact, two-bathroom homes are also on the decline. While they dominated 72.6 percent of homes in 1999, they’re down to 58.7 percent today. Meanwhile, the number of three- and four-bath homes is growing. By 2036, Porch predicts that over half of homes will have three or more bathrooms. 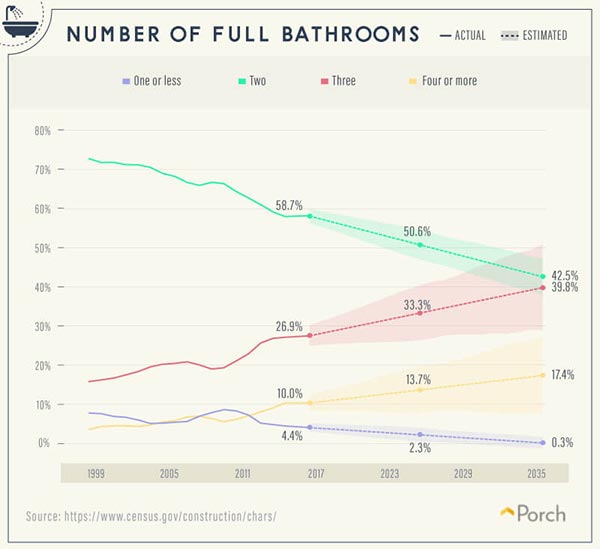