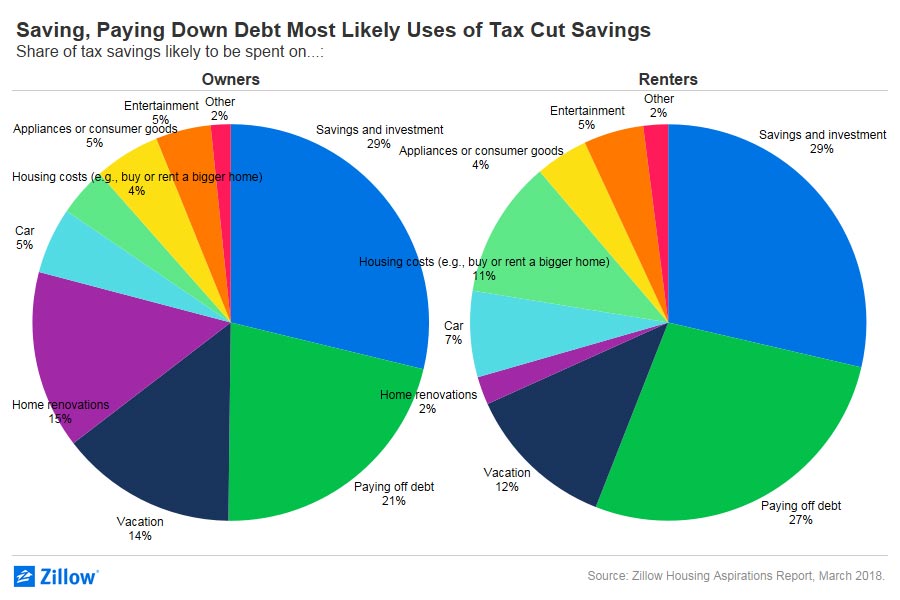 Homeowners and renters will put $13.2 billion in savings generated by the recently passed Tax Cuts and Jobs Act back into housing market in 2018 through the purchase or rental of new homes, according to a data analysis by Zillow. Furthermore, an additional $24.7 billion in savings from the tax reform legislation will be spent this year on home renovations.

“Despite new limits to two longstanding tax benefits for homeowners, the typical American taxpayer saw their tax burden fall in 2018 as a result of tax reform,” said Zillow Senior Economist Aaron Terrazas. “Some of these tax savings will still find their way into the American housing market, even though they were not explicitly targeted there, as renters and homeowners decide to use their tax savings to rent or buy a bigger home or renovate their existing home. Lower income households will spend more of their tax cut on buying or renting a bigger home, adding demand to an already rapidly appreciating housing market.”